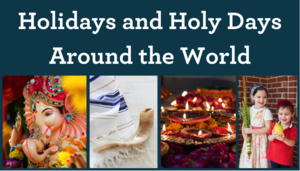 LGBTHistoryMonth.com has this to say about the October commemoration of LBGT History Month:
“In 1994, Rodney Wilson, a Missouri high school teacher, believed a month should be dedicated to the celebration and teaching of gay and lesbian history, and gathered other teachers and community leaders. They selected October because public schools are in session and existing traditions, such as Coming Out Day (October 11), occur that month.
Gay and Lesbian History Month was endorsed by GLAAD, the Human Rights Campaign, the National Gay and Lesbian Task Force, the National Education Association and other national organizations. In 2006 Equality Forum assumed responsibility for providing content, promotion and resources for LGBT History Month.”

October 6th is German American Heritage Day, and October is German American Heritage Month.  FamilyTree.com notes that October 6th commemorates the date in 1683 when thirteen German families from the Rhine valley landed in Philadelphia, later founding the first German settlement in the 13 British colonies at Germantown, Pennsylvania.  October 6th was first celebrated as “German Day” during the 1883 bicentennial of this event, but anti-German sentiment during World War I caused this tradition to fade.  In 1983, however, Ronald Reagan proclaimed October 6th as German-American Day.

The Order Sons and Daughters of Italy in America website (OSIA.com) states that Italian American Heritage Month occurs in October so that it overlaps with the celebration of Columbus Day.  Columbus day is the second Monday in October, and the recognition of October as Italian American Heritage Month began in 1989 with a proclamation by Congress and President George H.W. Bush.

October is also National Disability Employment Awareness month. According to the US Department of Labor website,  the history of this recognition “traces back to 1945 when Congress enacted a law declaring the first week in October each year ‘National Employ the Physically Handicapped Week.’ In 1962, the word ‘physically’ was removed to acknowledge the employment needs and contributions of individuals with all types of disabilities. In 1988, Congress expanded the week to a month and changed the name to National

“‘Our national recovery from the pandemic cannot be completed without the inclusion of all Americans, in particular people with disabilities,’ said U.S. Secretary of Labor Marty Walsh. ‘Their contributions have historically been vital to our nation’s success, and are more important today than ever. We must build an economy that fully includes the talent and drive of those with disabilities.’”

Finally, October is National Bullying Prevention Month.  This is a campaign in the United States founded in 2006 by PACER (an organization supporting parents of children with disabilities).  The campaign was at first held the first week of October, but in 2010 was expanded to the full month.
For more information and links to resources, see History: National Bullying Prevention Month.

World Teachers Day on October 5 commemorates the anniversary UNESCO’s 1966 adoption of the Recommendation concerning the Status of Teachers. This year’s theme is, “Teachers: Leading in Crisis, Reimagining the Future.”
Published September 30, 2021 Print