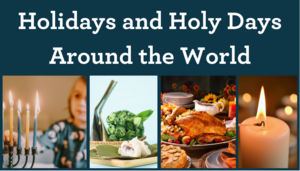 Britannica.com defines Sikhism as religion and philosophy founded in the Punjab region of the Indian subcontinent in the late 15th century. Its members are known as Sikhs. The Sikhs call their faith Gurmat (Punjabi: “the Way of the Guru”). According to Sikh tradition, Sikhism was established by Guru Nanak (1469–1539) and subsequently led by a succession of nine other Gurus. All 10 human Gurus, Sikhs believe, were inhabited by a single spirit. Upon the death of the 10th, Guru Gobind Singh (1666–1708), the spirit of the eternal Guru transferred itself to the sacred scripture of Sikhism, Guru Granth Sahib (“The Granth as the Guru”), also known as the Adi Granth (“First Volume”), which thereafter was regarded as the sole Guru. In the early 21st century there were nearly 25 million Sikhs worldwide, the great majority of them living in the Indian state of Punjab.”
Friday, November 19 (2021), Sikhs in the United States, India, and around the world celebrate the birthday of the founder of their faith, Guru Nanak.  Tarek Fatah, an editorialist for the Toronto Sun, credits Guru Nanak as “one of the world’s greatest symbols of pluralism and tolerance.”  The BBC website states that Guru Nanak was born in 1469, in what is today Pakistan.  He began to preach the Sikh faith at the age of 30, and spent the remainder of his life traveling, teaching, and discussing religion with Hindus and Muslims (the faiths predominant in his region of the world).
Sikhs mark Guru Nanak’s birthday on the first full moon day of the month of his birth, celebrating through a variety of means.  Readings of the Sikh holy book are held over the 48 hours preceding the birthday. Processions involving singers, music, and martial arts demonstrations are held as well.  Places of worship are decorated with with flowers, flags and lights.  The birthday is commemorated through communal meals, and celebrations may also include fireworks.

Niiname-sai is a Japanese national holiday that falls on November 23.  It originated as a festival of the Shinto religion, the traditional religion of Japan.  During Niiname-sai, the Japanese imperial family performed rituals giving thanks for a bountiful harvest.  According to BBC.com, today Niiname-sai is celebrated as a “labor-thanksgiving day” in Japan.

This year Thanksgiving is Thursday, November 25. Though in the United States this holiday is often thought of as commemorating the “first” Thanksgiving feast between the Wampanoag Indians and the English “Pilgrim” colonists of Plymouth, Massachusetts in 1621 CE, it did not become a national holiday until almost 250 years later.  New England colonists would frequently declare days of “thanksgiving” after momentous events, such as a military victory or the end of a drought, but those outside of New England, particularly southerners, were slow to adopt the custom.
In 1863, during the Civil War, in an effort to promote unity, President Abraham Lincoln proclaimed Thursday, November 26 to be a day of national thanksgiving.  Subsequent presidents proclaimed a holiday every year thereafter, usually on the last Thursday in November.  The holiday became more or less permanently installed on the last Thursday in November with a joint resolution of the US Congress and a proclamation by President Franklin Roosevelt in 1942.
Canada also celebrates a Thanksgiving Day.  Similar to in the US, the holiday began with “days of thanksgiving” periodically celebrated after momentous events.  It became a national holiday in Canada in 1879, and is now celebrated the second Monday in October.

Christmas and Easter are two of the most sacred events on the Christian calendar.  The Advent season is recognized by most Christians worldwide as a preparation for the coming of Christmas.  According to the Christian Resource Institute website, Advent is a time of fasting and penitence for many, such as Eastern Orthodox Christians who refer to this observance as the “Nativity Fast”.  Other Christians, such as Roman Catholics and Protestants, place more of an emphasis upon expectation or anticipation of the coming of Jesus Christ, celebrating the season through devotional activities and the progressive lighting of candles each Sunday and Christmas Eve during Advent.
Advent in the Roman Catholic and most Protestant churches began this year on Sunday, November 28 and will end on Friday, December 24 (2021).  Christmas, celebrating the birth of Jesus Christ, is celebrated December 25.
As noted in the last Lions Share, for Orthodox Christians the Advent season generally begins with Winter Lent, a time of penitence in preparation for the celebration of Christmas.  This “Nativity Fast” began on November 15 and ends on Christmas.  The Orthodox liturgical calendar generally follows the older Julian calendar rather than the Gregorian calendar followed by much of the world.  Therefore, Orthodox Christians following the Julian calendar celebrate Christmas on the Gregorian date of January 7.
There are an estimated 200 million members of the Orthodox Church worldwide, with the greatest number being in Russia and eastern Europe.  Western Christians generally fall into two groups: Protestant and Roman Catholic.  There are almost 1 billion Protestant Christians worldwide, and 1.2 billion Roman Catholics.

The Jewish religious observance of Hanukkah begins next Sunday, November 28 at sundown, and runs through Monday, December 6 (2021).
Hanukkah, or Chanukkah, is also known as the “festival of lights”, lasting for eight days.  It commemorates a period when, in 167 BCE, a faction of Jews revolted against Seleucid Greek rule over their homeland and the imposition of Hellenistic customs and practices upon them.  During the revolt, the supply of oil for the temple menorah lamp ran low, dwindling to a one-day supply.  The menorah was supposed to burn all night, every night.  According to the Book of Maccabees, miraculously, the one-day supply of oil burned for eight days.
The only religious observance related to Hanukkah is the saying of blessings lighting of the menorah, which holds nine candles.  There is one candle for each night of Hanukkah, plus an additional candle which is used to light the others.  According to the Judaism 101 website, Hanukkah “is probably one of the best known Jewish holidays, not because of any great religious significance, but because of its proximity to Christmas.”  The religious significance of the holiday is “far less” than other Jewish holy days such as Rosh Hashanah, Yom Kippur, and Passover.
Published November 17, 2021 Print